FROM MINE CRAFT MODDING TO FEATURING IN FORBES

When you operate in the world of innovation you often experience moments when you see the future. Yesterday The Innovation Beehive team were privileged to meet someone who is set become a big name in the future of technology.

When you operate in the world of innovation you often experience moments when you see the future. Yesterday The Innovation Beehive team were privileged to meet someone who is set become a big name in the future of technology. 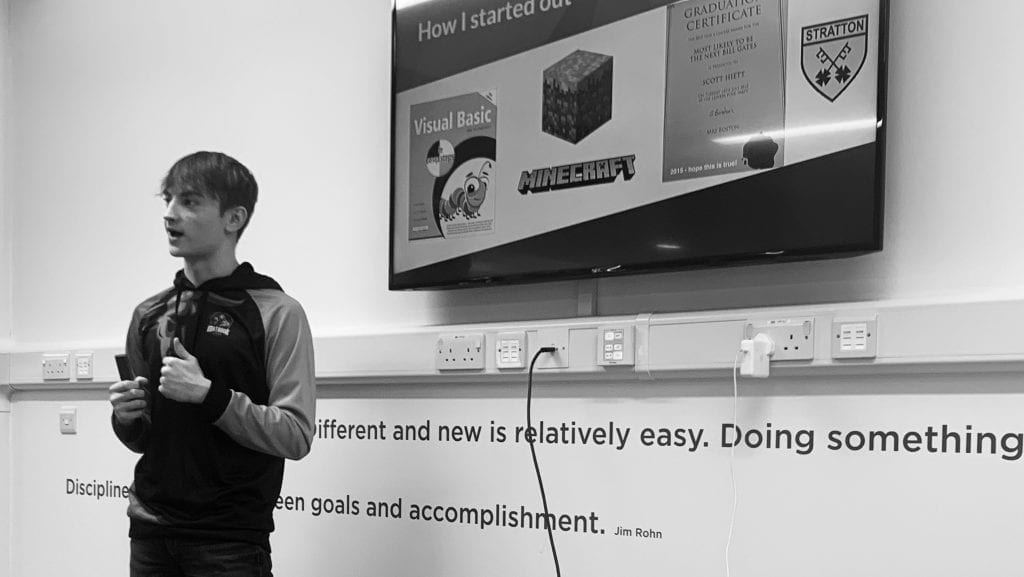 FROM MINE CRAFT MODDING TO FEATURING IN FORBES

His name is Scott Hiett. He is 16-years old and still in school. Yet he has already set up online businesses, created machine learning based algorithms, and has secured a job as a product manager leading a team of product developers for an Esports infrastructure company.

We were privileged to meet him at our offices at the Growth Hub in Cirencester, where he came to share his story with the entrepreneurs who use that space.

If you’re slightly cynical, you may wonder what you can learn from the experience of a 16-year-old.

It goes without saying that someone who has achieved so much at a young age will be tenacious, intelligent and more worldly than you might expect from an average 16-year-old. However what blew us away was his understanding of the world of innovation, his perception of the direction that technology is taking us, and his ambition to seize the opportunities that this new world of Industry 4.0 offers to him and his generation.

From Minecraft Mods to Featuring in Forbes Magazine

First though a little about his background.

His story starts when a seven year old Scott receives a WH Smith Voucher for his birthday.  He buys a book (yes a book!) on coding. He doesn’t necessarily understand everything but he follows the step by step guides and sees the results. He loves the process and the results and he continues to learn and develop his skill.

Fast-forward a few years to a slightly older Scott playing Minecraft and wanting more from the game than it was offering. Instead of just playing and then stopping when he got bored, he started to develop Mods (modifications to the game’s code to change game-play). He noticed that other people starting using these. And this was the first time he truly saw the potential value in what he was doing. In the open-source environment of Minecraft, he was able to have an impact on the experience of others.

Later, his love of gaming, or Esports, led him to form the Matador gaming club in his school, which is the number one club in the UK. This has taken him to national and international competitions and he has been a commentator at a number of these major Esporting events.

His biggest breakthrough, however, came when he was invited to attend a Hackathon at a Finastra. His team won the Hackathon with their idea HYBER, an AI-based foreign exchange app that allows users to grow holiday money ahead of their trip. The prototype worked so well that the team were able to uncover it’s major flaw – if too many people were using it, the app would begin to influence the market, thereby creating a feedback loop that would render it unable to compute correctly. Effectively, Scott discovered his AI was too clever for itself! This amazing success led to him being featured in Forbes Magazine.

Now, Scott is still in school to finish his GCSEs but also works 12 hours a week a Programming Manager for an Esports infrastructure company. He manages a team and is working on a major project that will transform the mechanics of this growing industry.

He is also developing a top secret project which promises that ‘the future is code’… watch this space! 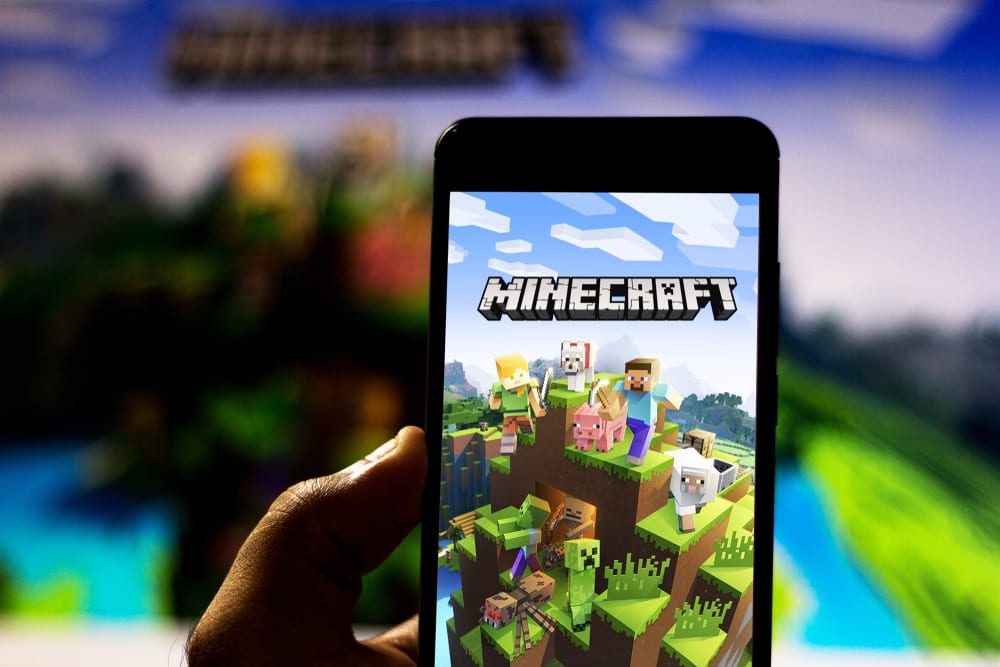 A nice story, or a lesson to us all?

So what can we learn from young Scott about the world of Industry 4.0?

We took three key principles from Scott’s talk, that could make a difference to the way you think about the future:

The Embodiment of The 4.0 Leader

Scott’s story is inspirational to us, and not just because he is young and has achieved a lot. We’re truly inspired because he has demonstrated some of the core behaviours that make for a great leader in The Fourth Industrial Revolution: a 4.0 Leader:

On March 3 we are publishing our new White Paper on Leadership 4.0: New Leadership for Disruptive Times.

Order your free print or electronic copy below.